Walk from Saint Florent to Corsica’s secluded beaches of Lodu and Saleccia, along the way, you will discover the Mortella Tower which represents an interesting page of history between the Corsicans and the British!

Situated on the top northern point of Corsica, near to the Desert des Agriates you will find the bustling harbour town of St Florent, or St Flo to the locals.  There is a wildly stunning coastal walk, that leads to two of the most beautiful beaches in Corsica, remote and inaccessible, with white powder sand. 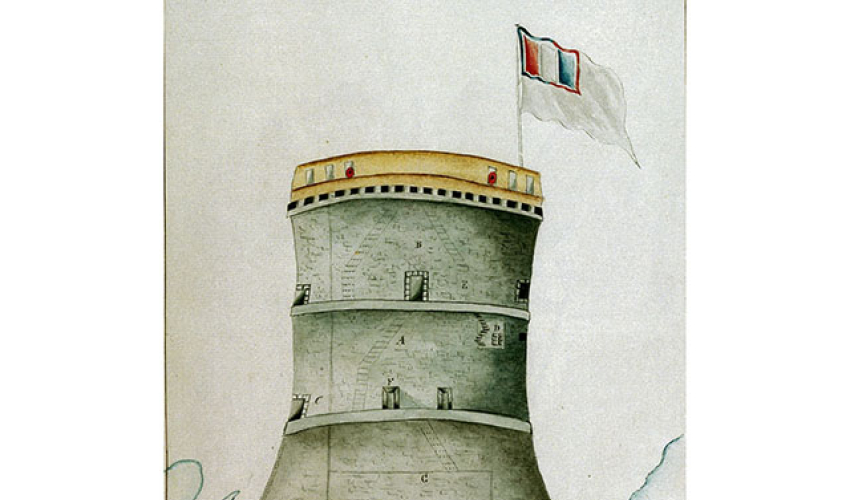 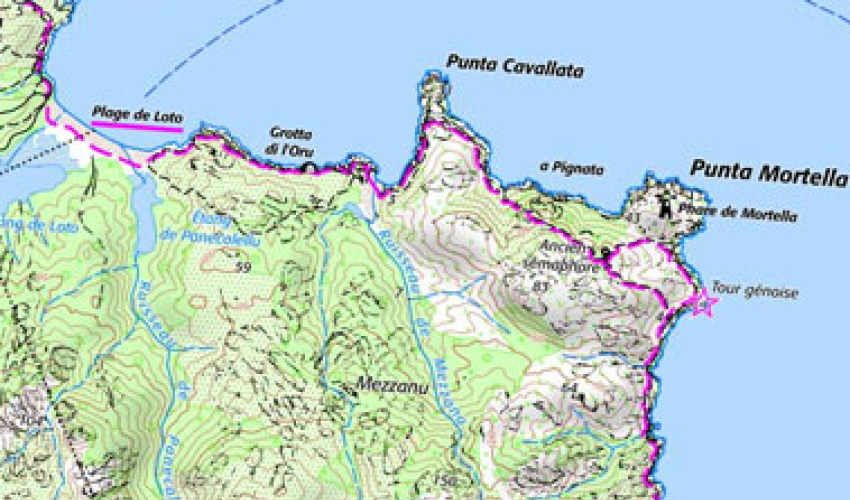 The tower was used by the Genoese during two and a half centuries to survey and  protect the most fertile lands of the Agriates, an area that was used to produce wheat, citrus fruits, olives and figs which was then exported to Genoa.

The Genoese erected about 90 of these towers between the 15th and 17th centuries, covering the 1000 kms of Corsican coastline. Each tower is be visible from two other towers and there were two guardians at each that surveyed permanently.  To give the danger signal, a fire would be lit, it would take just one hour for the signal to be passed to all the other towers and the entire island alerted.

The towers have 3 floors. The base, was used for reserves of food, water and ammunitions. The second floor was used as a living quarter and the roof for surveillance.  The wall that was face to the sea, thus face to the enemy was built thicker than the land side.  To build them, they used the closest rock available, so this could have been schist, granite or gneiss.

With the outbreak of the French Revolutionary wars, Admiral Nelson took to the Mediterranean.   With British ships, the Mortella tower in the Golfe de Saint Florent was bombarded during long hours and was eventually overun.   However, the British were so impressed with the time the tower withheld attack that they copied the architecture and reproduced the exact model of the Genoese towers.

There were 103 built around the coasts of the UK and EIRE, to be ward off invasions from Napoleon. The spelling got slightly changed and Mortella became Martello and the British continued to build them in many of their overseas colonies. You can find them in Canada, South Africa, Jamaica, Sierra Leone and Australia.

If you would like to contemplate this amazing historic tower, take a look at our great walking holiday ‘Around The Cap Corse’  or if you don’t want to walk, you may choose to hop on the Popeye boat at St Florent…

Corsica has a really rich vegetation, from Meditteranean to High Alpine. At lower levels you find Macchia or Maquis - a heady scrubland mix of endemic plants specific to the island. Corsica has an important biodiversity and a number of endemic species on this small island territory.
Saturday 20 February 2021

The Corsican’s refer to him as U BABBU DI A PATRIA – the Father of the people. Who was this historical figure that is so important to the Corsican people and why is he so important today?
Friday 11 November 2022

Sheltering around 50,000 US soldiers and airmen, Corsica was a stategic base towards the end of the Second World War, and there are still traces if you know where to look. The island was likened to an unsinkable aircraft carrier which, by its strategic position, played an important role for the allies.
See all articles Corsica