The Balagne region is situated in the North West of the island.  Known as the garden of Corsica, it has rolling hillsides, vineyards, perched villages, as well as some beautiful wild beaches.  Amongst the many places to visit in the Balagne is an abandoned village, called Occi.

The village nestles at 377 meters altitude just above Lumio.  It has a rich history, a mystical ambiance and a view that is simply breathtaking with the whole of Calvi bay laid out below.  Some say it’s the best place to see the sunset in the Balagne.   Wandering around the ruins, is like  an enigmatic step back in time and you can’t help but imagine what life was like in times gone past. The village is in a wild natural setting amongst a fragrant Mediterranean hillside of herbs and scrub, called maquis.

There is a proverb in Corsica that says «The maquis has no eyes but sees everything» « A machja, ochji un ha ma ochji teni ». 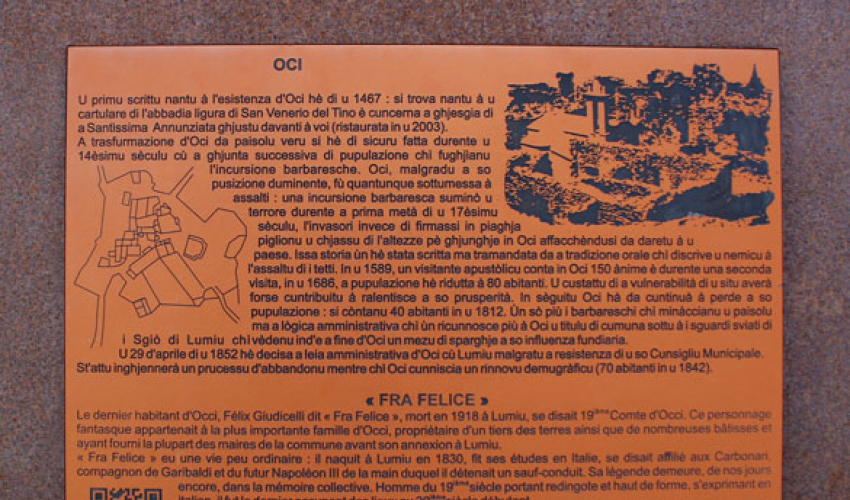 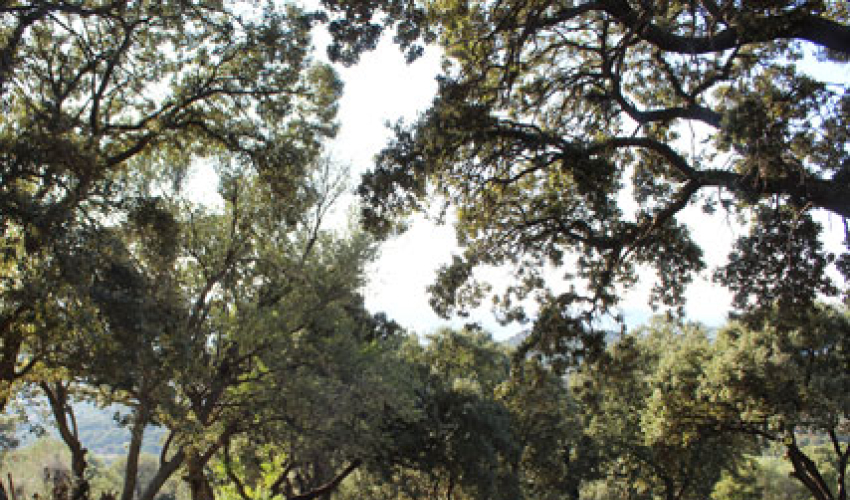 Corsica’s coast has seen centuries of invasions. In the middle ages, the Sarasin’s devastated the island and in particular, the Balagne region. The inhabitants of a hamlet called Spano, situated on a point of land opposite Calvi decided to leave their homes and take refuge a little higher up in the hills and build the village of Occi. In 1589 the village had 150 inhabitants. A village of stone houses and a chapel called Annunziata that still welcomes people in for mess some 300 years later.

By 1852, with the coastline a lot safer and the lifestyle more attractive by the coast, there were only 60 people left in Occi. Little by little the inhabitants moved away, the last person to live there was a gentleman called Felix Giuidicellu in 1918.

There are two ways to get up to the ruins of Occi. The first option sets off from the hotel/restaurant called A Casa di Ma, situated in the centre of Lumio. Parking near to the hotel, the trail leads up behind the hotel and reaches the ruins in around 30 minutes. The trail can be a loop walk

In many of the guide books the technical aspects of the walk up to LAC DE MELO are underestimated and it is often presented as a quick jaunt you can do in flip flops.  This is far from realistic; but don't be surpised to see people trying, along with beach bags and lap dogs !
Friday 25 September 2020

Cinaruggia, Summit by the sea

This summit walk is a great find so close to the sea. At 528m, it isn’t as high as the GOZZI 705m or ARAGNASCU 888m, but with the PARATA and the ILES SANGUINAIRES at your feet, you’ll feel on top of the world.
Tuesday 03 August 2021

The itinerary is short, dramatic and alpine.  It leads swiftly up to a summit with a memorable panorama, offering a view of the island’s outline in the sea. A bucolic shepherd’s cabin, a taste of the GR20, sun baked rocks, swimming in a giant rock pool at the Cascade des Anglais.
See all articles Walks